Start with a quadrilateral ABCD. Create a scaled copy A’B’C’D’  so that when A’B’ is placed onto side CD of the original quadrilateral, the two sides match up (see below). Repeat this process over and over again, repeatedly scaling each new quadrilateral by the same amount and stacking the quadrilaterals onto each other. Then start over, repeating the same process to build a spiral onto side AC of the original quadrilateral using a scale factor of AC/BD. Assuming that DC < AB and AC < BD, the two spirals converge in a point. Can you prove it? I recommend placing the double spiral on the complex plane and representing the transformations of quadrilateral ABCD in terms of complex number arithmetic (When you’re ready, see the blog feedback below and James Tanton’s two proofs, one and two).

In 1991, we did not have dynamic geometry software that could easily build such a construction, so David asked us to cut out a quadrilateral and use it  to draw as much of the two spirals as we could. Below is my illustration. Can you figure out how I might have used the quadrilateral to create the spirals? 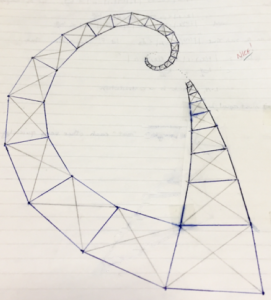 Now, 27 years later, I’m able to not only construct the spirals easily and accurately with Sketchpad, but I can also drag the vertices of ABCD to watch the spirals react dynamically. Try it below (or here) with the Web Sketchpad model. 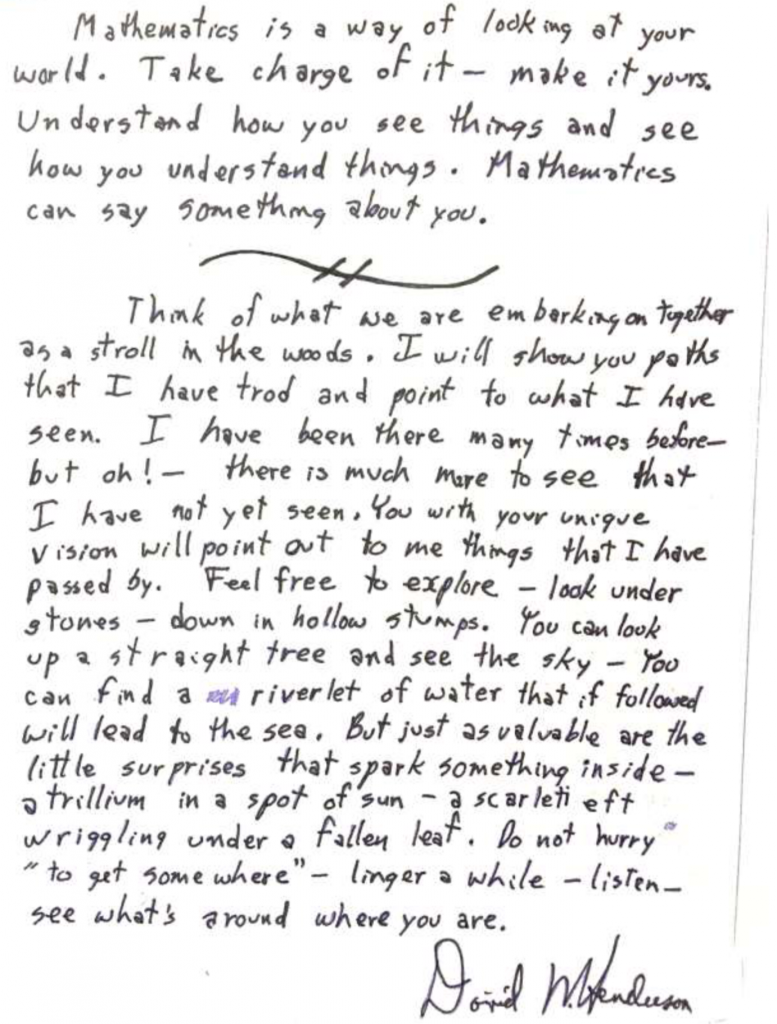 JULY 2019 UPDATE: David’s double-spiral construction has been quite a hit! Suzanne von Oy extended the spiral pattern with Desmos, @jagarikin’s created two animations of the  spirals (one and two), and this spiral from Vincent Pantaloni features Spiderman!