How challenging can single-digit addition be? That’s the question I asked myself when my friend Hung suggested that I download Chisla, a mobile game for iOS and Android.

From its description alone, the game seemed suitable for young learners practicing their addition. Take a look at the image below. The game presents you with an array of 25 random digits. Your goal is to select two or more digits that sum to the target at the top of the screen. For the given target of 12,  you can tap 1, 4, and 7, or 8 and 4, or 2, 5, and 5, among other options. Identifying appropriate addends causes those digits to disappear. Whenever you remove an entire row of digits, you earn a point, and the row is replenished with five new random digits. Simple, right? 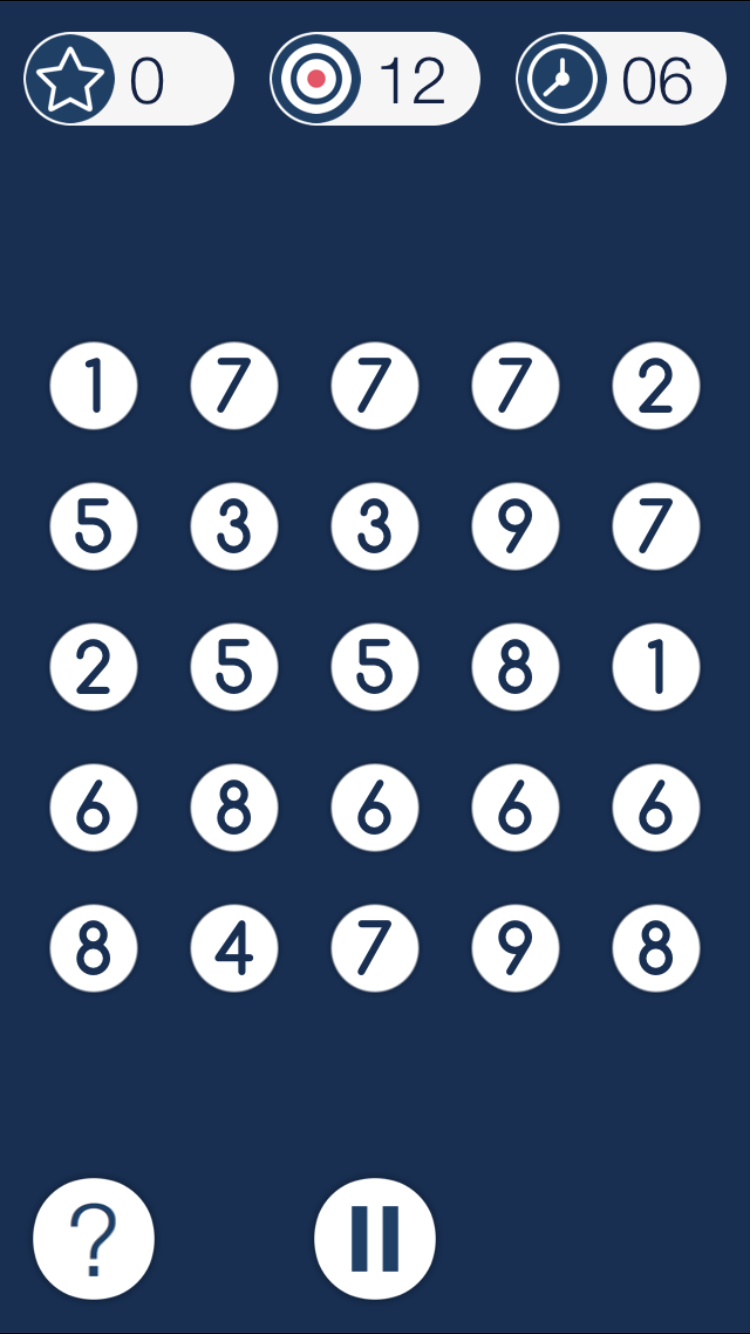 Here’s the catch: You have just 15 seconds to tap the addends. That’s not a big deal when your target sum is small, but as the game progresses, the sums escalate into the 40s and 50s and maybe beyond (I haven’t gotten far enough to know.) There’s also one other nasty element that can foil your best efforts. I assumed that the target sums chosen by the game were always attainable using the numbers remaining in the array. But as you can see in the image below, that is not the case. If you leave yourself with just a smattering of digits in the array, you might be presented with a target like 29 that is too large to reach. 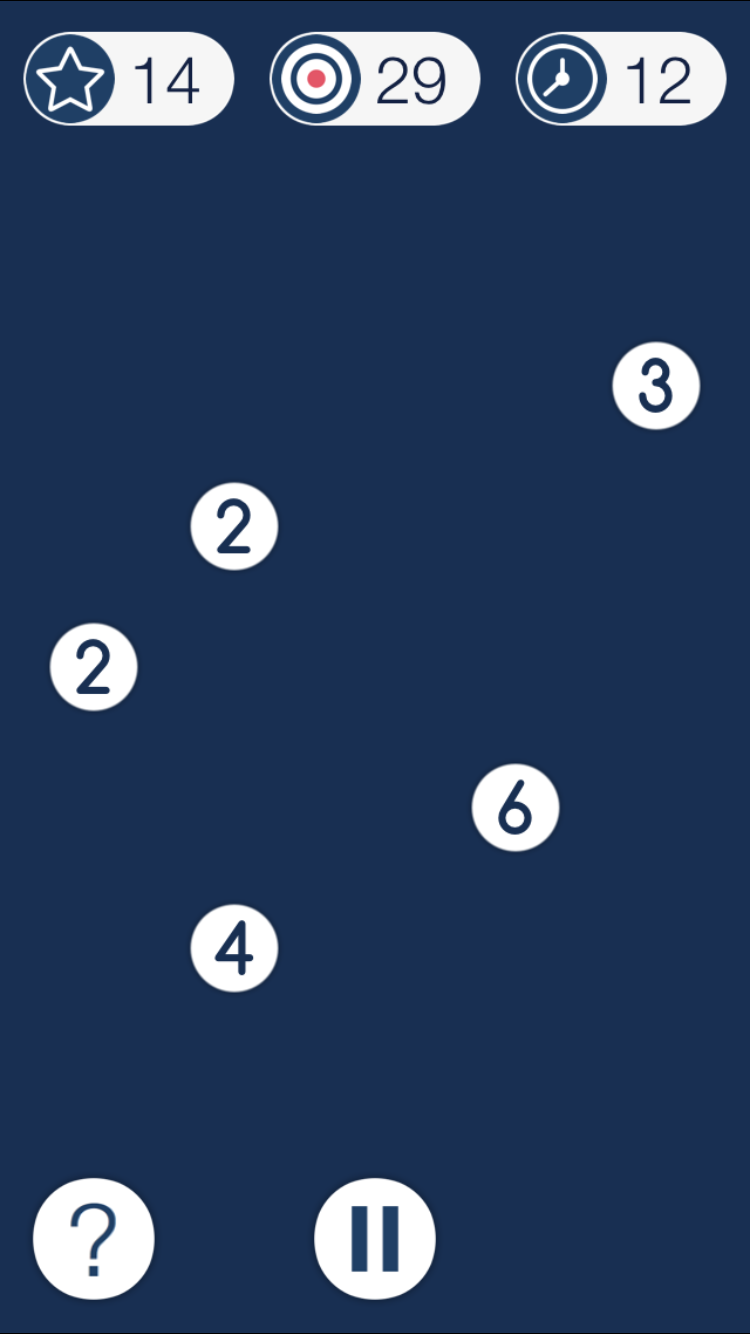 As we’ve played the game, Hung and I, as well as my friend Greg from Everyday Mathematics have put together some strategy tips that may be helpful:

There are currently 9,550 Chisla players in Apple’s Game Center and believe it or not, the top score is just 97 rows cleared. My score is 54. Can you beat me?