When I was in sixth grade, my family spent one year in Switzerland, which is where my parents come from and where my extended family still lives today. I went to a typical secondary school that year, and it gave me a student’s view of a very different educational system from that in the U.S. 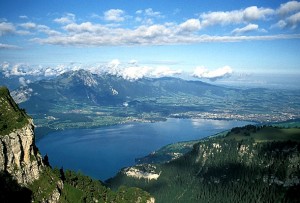 The most striking difference was that we had a half-day of school on Saturday!

To my American childhood sensibilities, this was sheer blasphemy. In those pre-cable, pre-Internet years, Saturday mornings were the cartoon mecca, after which we’d play soccer or football. Mandatory school during this most hallowed part of the week bordered on cruel and unusual punishment. (Fortunately, I hear from my cousins that Switzerland has since ended this barbaric practice. :-))

But there were other striking differences as well.

Each class of about 25 students stayed together in their homeroom for most of their courses (other than sciences, art, shop, and PE), while teachers moved from room to room. On top of that, there was a weekly schedule (rather than a daily schedule) in which different courses met for different numbers of hours per week, and the start and end times of school varied substantially depending on the day of the week.

Other than additional foreign languages (beyond the required French), there were no electives and no need for students to make elective choices because all students took all academic and nonacademic courses, unlike American students—such as my daughter, who has to choose each year between music, art, or a foreign language. 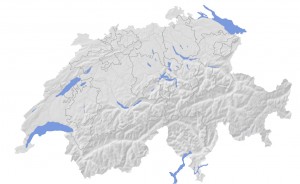 When I reflect on the residue of my learning during that year, it’s the quality of some of the learning activities we did that I remember most vividly, and what they all share in common is that they required us to work with real materials and the real world.

Here are a few examples:

These are the types of learning experiences emphasized in the Standards for Mathematical Practice in the Common Core State Standards, and it makes me realize that powerful and engaging activities are not something new, but old practices that are undervalued in today’s assessment-addicted public policy arena.

The development of the Common Core standards started with international comparisons of education systems, and there’s still much to be gained from comparing and contrasting the basic assumptions of different national models of education. I’d love to hear about other experiences people have had with education systems outside of the U.S.