I enjoy browsing the TED video collection, which includes a series of talks by “thinkers and doers” in the areas of technology, entertainment, and design (hence the acronym “TED”). Similar to the five-minute Ignite talks that Key Curriculum Press hosts at various math conferences, TED presentations challenge their speakers to give the “talk of their lives in 18 minutes.”

In TED’s video collection I found the following thought-provoking talk by Conrad Wolfram (of Wolfram Research), in which Conrad makes a logical, persuasive argument for using computers to teach real mathematics.

In his talk, Conrad asks the provocative question, “What is math?” He answers his own question with what he feels are the components of mathematics:

Conrad feels that we spend too much time on step 3—calculation—and not enough time on steps 1, 2, and 4. Further, he feels that if we use computers correctly, they can relieve us of the time we spend on calculations so that we can devote more time to the other steps. I completely agree that, given the ubiquity of computers in education, we should try to harness the power of the computer more. 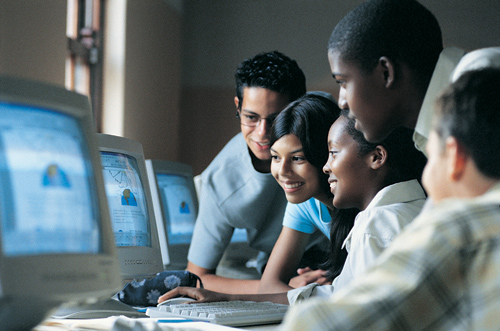 The Common Core State Standards endorse the use of “graphing utilities, spreadsheets, computer algebra systems, and dynamic geometry software…to model purely mathematical phenomena as well as physical phenomena.” This means that, to meet the standards, procedural and calculation-based curricula will need to be rewritten as problems-based curricula in which students must seek out appropriate tools in order to solve problems. The Common Core’s standard for Modeling calls for students to link their mathematics “to everyday life, work, and decision-making.” Some examples for modeling in geometry include:

Conrad believes that mathematics is not equivalent to calculations, which can be performed with a computer, and I concur. Recently, on a panel about the use of technology in math education, I, too, made the important distinction between mathematics and arithmetic. Moreover, I asked the audience what they would like their students to do after high school: solve rich problems, or show how to calculate lines upon lines of numbers. They all agreed that they would like to see their students solve rich mathematical problems, not perform calculations.

Conrad Wolfram and the Common Core want to make mathematics a subject that serves our students well beyond their schooling years. This can be done with more practical problems and a curriculum that stresses conceptual, rather than computational, understanding. To achieve this, we educators must strive for higher levels—and, therefore, richer forms—of mathematics.

One thought on “Mathematics > Computation”