UPDATE, January 2022: A browser-based interactive version of the Cartesian-polar model is available here.

The sample activity Cartesian Graphs and Polar Graphs, shown above, comes with Sketchpad 5. It provides a convenient and powerful way to engage students in exploring the relationships discussed in the article.

We designed both the red bar and the animation to connect the two representations as clearly as we could. After showing the graphs and turning on tracing, students can animate the independent variable. As the animation proceeds, students can observe how the two representations show exactly the same function, with the only difference being that the independent variable’s value undergoes translation on the left and rotation on the right.

There are many insights and discoveries students can make by dragging the independent variable and observing the graph. For instance, the seemingly counter-intuitive comparison between r = 4 cos 2θ on the left and r = 4 cos 3θ on the right becomes much clearer when students have the ability to control the value of θ by dragging. (Try it yourself first before reading the note at the end of the post.) 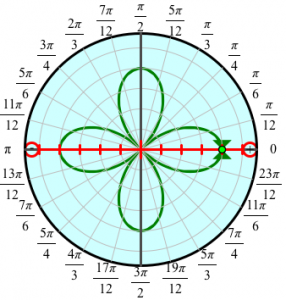 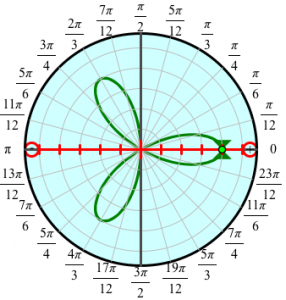 Other wonderful questions and realizations can come about by experimenting with a variety of functions. For instance, can you tell which of the polar graphs below represents the function r = tan θ and which represents r = 4 tan θ? 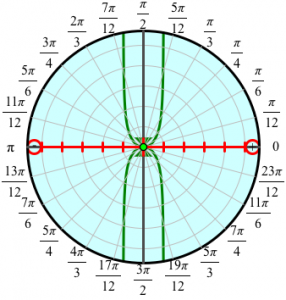 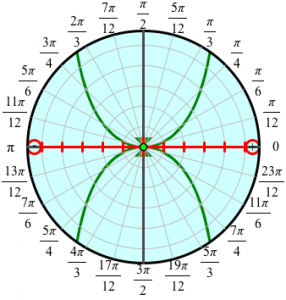 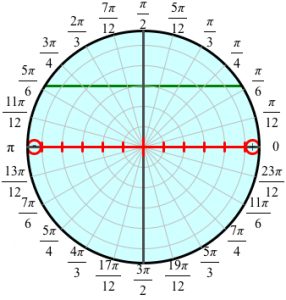 To create your own polar graphs from scratch, see my follow-up post.
This sketch implements Figures 3 through 9 from the article: Graphing Polar Curves Figures.gsp

Note: When you graph r = 4 cos 3θ by dragging θ from 0 to 2π, it’s really easy for students to see that the graph traces out six lobes, not three. The static graph shows only three, but as students drag they see how the six lobes overlap each other.

2 thoughts on “Cartesian and Polar Graphs”