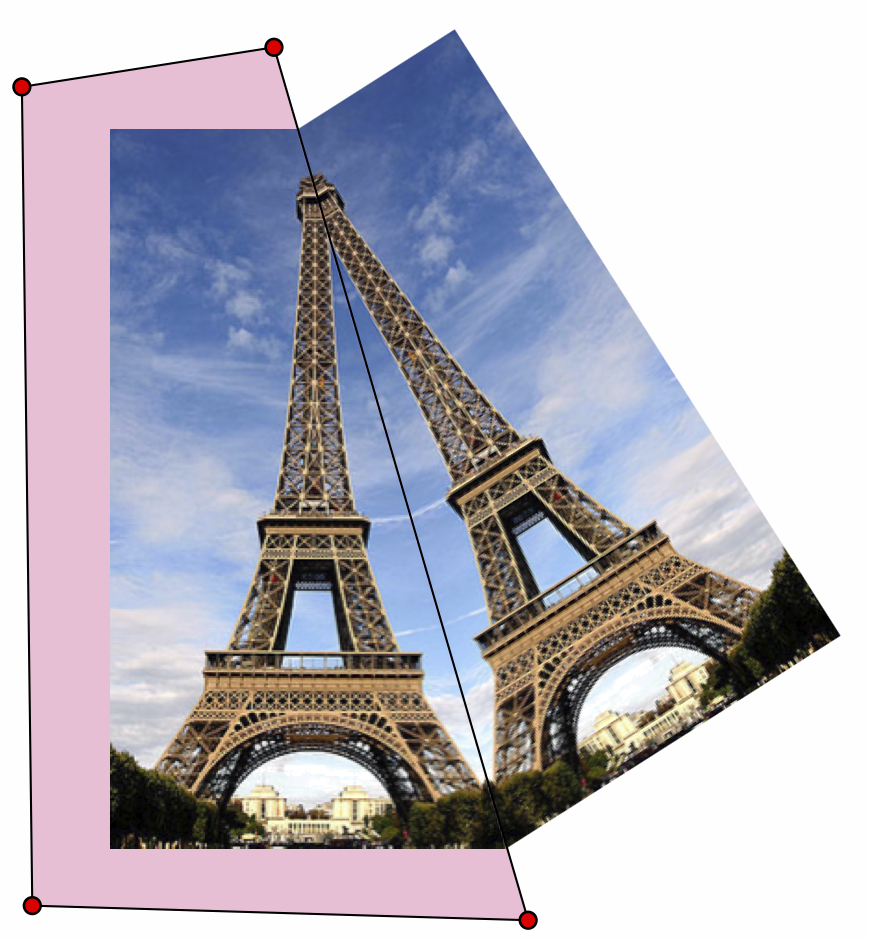 In a recent blog post, Karen Greenhaus describes how it’s possible to construct familiar corporate logos using Sketchpad. You might start with a rhombus, for example, and then reflect it twice to obtain the Mitsubishi logo.

Karen’s post got me thinking about other creative uses of transformations with Sketchpad. In particular, Sketchpad 5 allows you to transform any photo or graphic image that you paste into a sketch. And if you decide that your image could use some cropping before transforming it, you can crop it directly in Sketchpad without needing additional software, and then experiment with transformations of the cropped image.

The sequence of images below shows an example of the process from an activity, Crop and Reflect. I’ve taken a photo of the Eiffel Tower from Sketchpad’s Picture Gallery (available from the Help menu) and overlapped it with a polygon. I then chose Edit | Crop Picture to Polygon to crop the picture so that only the portion inside my polygon stayed visible. Reflecting this portion of the picture across the mirror line AB created a symmetric image, but it’s certainly not the Eiffel Tower. Fixing the problem is easy: I dragged points A and B to adjust my crop so that it cut the Eiffel Tower straight down the middle. By doing so, the crop and its reflection form a complete Eiffel Tower, good as new! 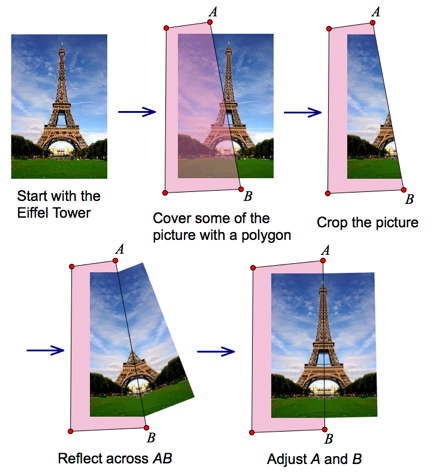 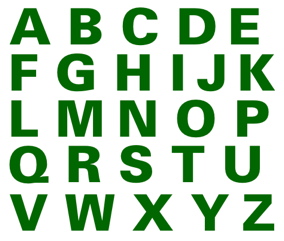 We can crop any of the letters A, B, C, D, E, H, I, K, M, O, T, U, V, W, X, and Y along their mirror line and then reflect the remaining half to restore the complete letter. The picture below shows how the process works for the letter A. 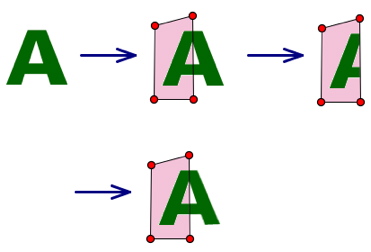 Exploiting the symmetry of the alphabet is a fairly common activity, and I want to leave you with something a little more creative to ponder. In particular, who says that we need to crop a letter into its symmetric half? What if we instead crop the letter in a random fashion? Below is an example. I’ve started with the letter Q, cropped it so that only a part of the letter is still visible, and then reflected what remains of the Q across a side of the quadrilateral. The result is pretty interesting! 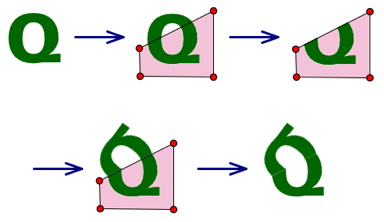 In the example below, I’ve taken 8 letters of the alphabet, cropped each one, and then reflected them. Your challenge is to determine each letter. When you’re done, rearrange the 8 letters to form a two-word phrase.

I can’t help but wonder how this letter cropping technique would fare in other alphabets. Hebrew, Arabic, or Chinese anyone? 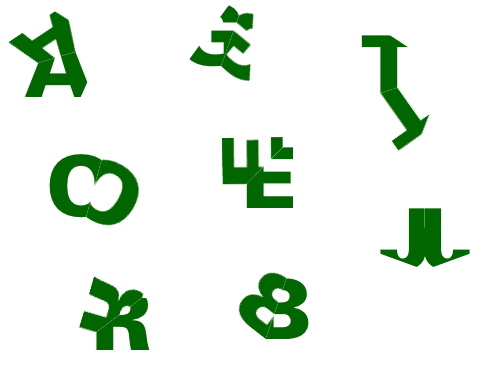