I’ve always found my collaborations with teachers to be a great inspiration for curriculum development, and that was especially true of my work with Wendy Lovetro, an elementary-school teacher in Brooklyn, NY. Wendy coordinated an after-school math club at her school, and I used the setting as an opportunity to develop and field test Sketchpad activities for the Dynamic Number project.

Wendy  came to me with a string art activity  that seemed ripe for a Web Sketchpad investigation. Below (and here) is a circle with ten evenly spaced points along its circumference. Note that the move by value is set to 6. When you press Draw, a point begins at 0 and travels on straight paths to every sixth point, moving clockwise repeatedly around the circle. The point leaves behind a trace of its path and stops after it returns to 0. You can experiment with other move by values as well as change the number of points on the circle. If you click the arrow in the lower-right corner of the websketch, you’ll be taken to a second page that displays the entire string-art pattern at once with no need to trace it fresh when you change either of the numerical values.

From time to time, I considered writing a post about this interactive model, but I never got around to it. Then in September, I read a blogpost from Graeme Anshaw, an elementary educator in Switzerland who used this activity, minus the technology, in his classroom. The discoveries, wonderings, and theories of his students appear in the snapshots below. As you can see from Graeme’s class, there are lots of interesting conjectures for young students to make and explore: 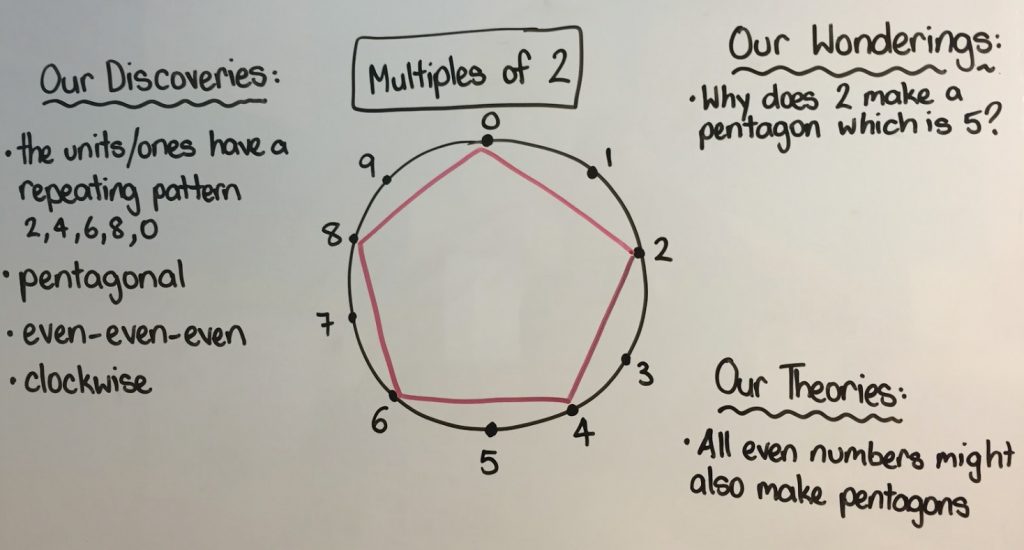 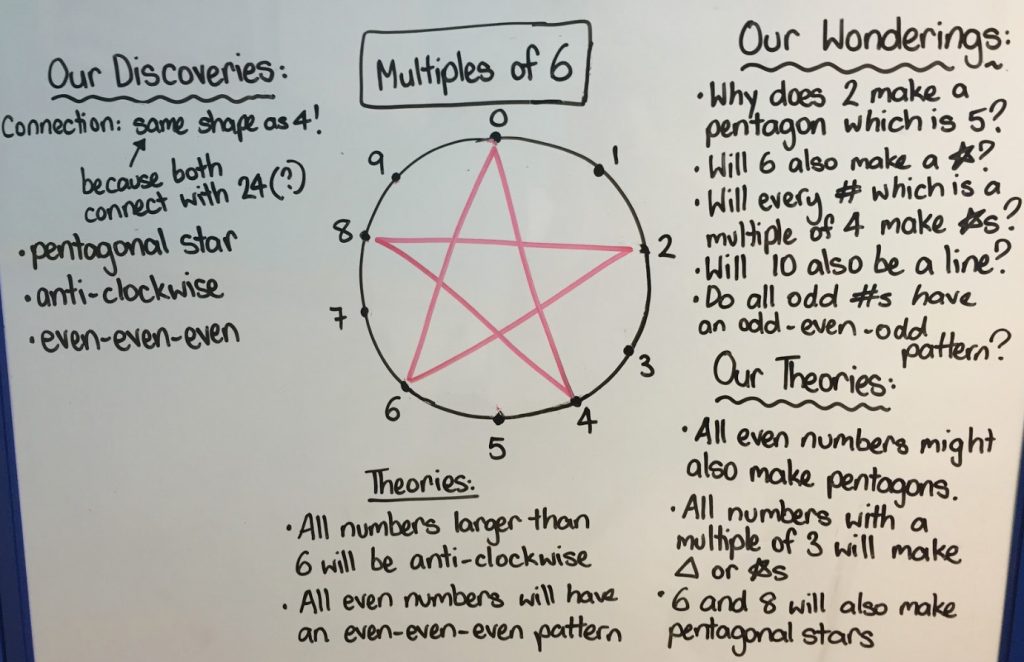 2 thoughts on “Stars, Polygons, and Multiples”