What would it take to build a better number grid for young learners? A typical number grid contains 10 columns with the numbers progressing from 1-10, 11-20, 21-30 and so on, from row to row. We decided to upend this tradition and make a dynamic number grid with Web Sketchpad that allows students to choose how many columns they’d like. A number grid with just  two columns? Sure, no problem! With the number of columns in students’ control, they are able to investigate and discover patterns that might otherwise not be apparent. 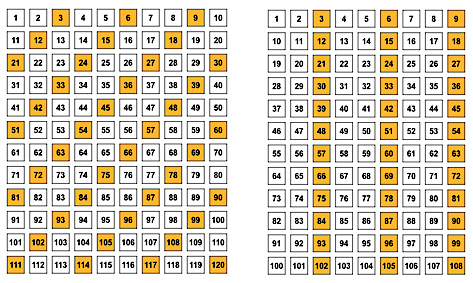 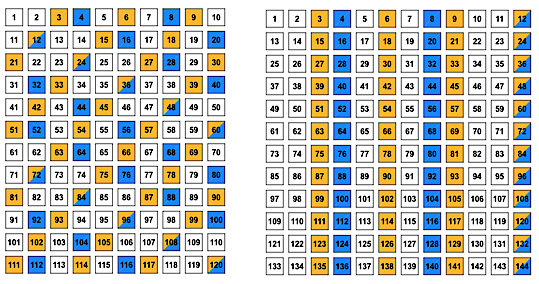 You can also create engaging puzzles by shading the grid with two multiples  and then shrinking your browser window or zooming in so that only a portion of the grid remains visible. In the up-close view below, can you determine all possible values of the orange and blue  multiples as well as the number of columns in the overall grid? 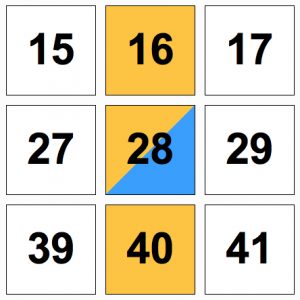 And finally, here is the dynamic number grid itself: