to create a visual representation of pi. Karen Coe describes this in her post Branding Isn’t About Math. Are You Sure About That? (You can also build this logo yourself, and explore its connections to pi, using this Web Sketchpad model.) 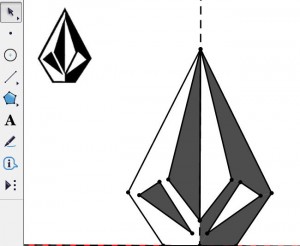