This past January, we introduced the Web Sketchpad Tool Library and  Viewer. The Tool Library is a collection of over 60 mathematical tools for customizing a Web Sketchpad model, making it possible for teachers to decide which tools students have available to them on an activity-by-activity basis. The Viewer is a site for students to engage in  Web Sketchpad activities and a space for  teachers to collect  the Web Sketchpad work of an entire class all onto a single webpage, ready for inspection or for whole-class presentations.

My colleague Scott has been busy these past seven months adding some exciting features to the Tool Library, and I’d like to share an update on his work. In addition to the summary below, you can watch three videos that introduce the new functionality and provide a general overview of both the Tool Library and Viewer. 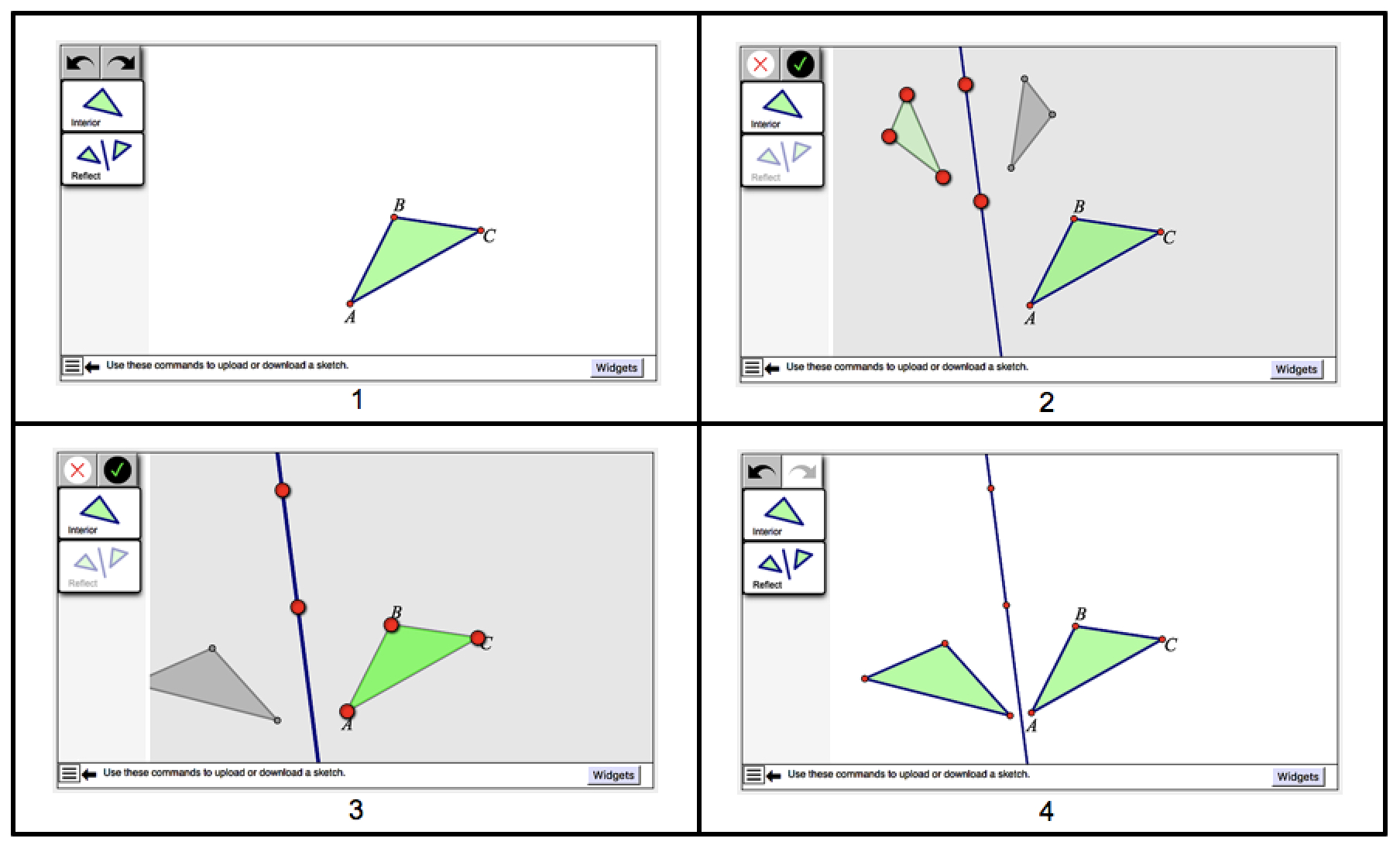 When a tool like the Segment tool is tapped, a preview of the segment appears with one endpoint glowing, ready to be placed. Tapping a desired location for the endpoint causes the endpoint to glide to that destination, rather than leaping to it, as it did with our earlier release. These smooth animations make it easier for students to understand and visualize how the tools work.

When students are introduced to function notation in the context of algebra, they often confuse the notation “f(x)” with the product of f and x, have difficulty attaching meaning to the phrase “f of x.” Introducing function notation in a geometric context can help students overcome such problems. For instance, the confusion of f(x) with multiplication doesn’t occur when x represents a point rather than a number. Further, function notation can be introduced as a convenient shorthand to describe a transformed image. Students quickly find a description like “the reflection in mirror AB of independent variable x” cumbersome, and welcome the notation rAB(x) and the spoken phrase “r sub AB of x”. Used in this way, function notation is strongly and meaningfully connected to specific mathematical operations.  Accordingly, Web Sketchpad’s Label widget now has native support not only for the prime notation often used for geometric transformations, but also for the “short” and “full” function notations illustrated below in a glide reflection.

A Symbol Palette and Captions

Web Sketchpad’s Label widget has gained a palette of symbols that can be used when labeling objects.

You can now trace an object to create a trail of its path as it moves. Last month’s blog post introduced the tracing widget in the context of modeling a folded circle construction of an ellipse.

We’re excited about all of these new Tool Library features and hope to continue developing Web Sketchpad  in the months ahead. Do you have ideas about what you’d like to see implemented next? What feedback do you have on the current functionality? Post your thoughts in the comments section below.