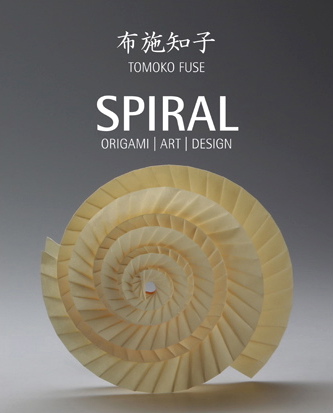 Tomoko Fuse is a Japanese origami artist whose designs are highly geometric. A Google search for her origami models reveals a plethora of boxes and intricate three-dimensional structures, many of which are folded from multiple sheets of paper and then assembled together.

As an avid origami folder, I’ve always admired Fuse’s work. But nothing prepared me for the amazing creations in her newest book, Spiral: Origami | Art | Design, published by Viereck Verlag. The majority of the designs in Spiral are folded from single sheets of paper. There are helices and shells, all with graceful curves. But perhaps my favorite category of spirals is what Fuse calls whirlpools. 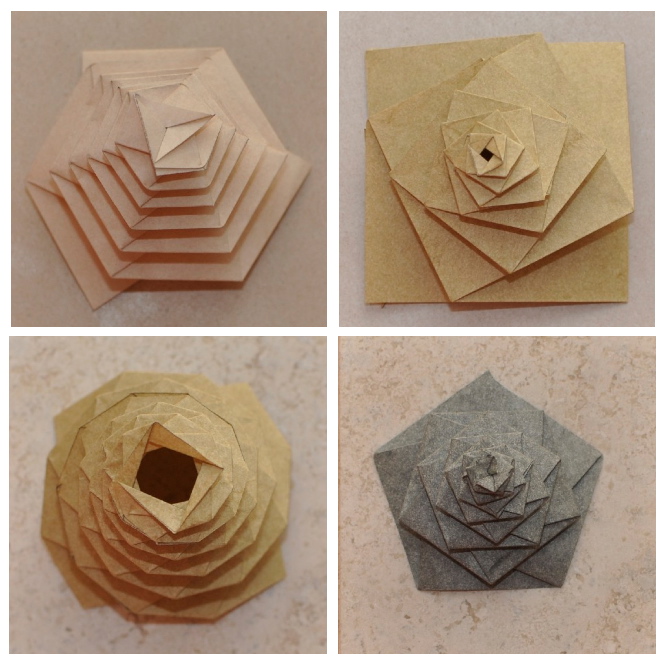 At left are four whirlpool designs that I’ve folded from Fuse’s book. Normally, I keep my hobby of origami separate from my work with Sketchpad, but this was an instance where my two interests came together. Indeed without Sketchpad, I would have struggled to fold these whirlpools.

To explain the role Sketchpad played, let me back up a little and describe how whirlpool spirals are made. 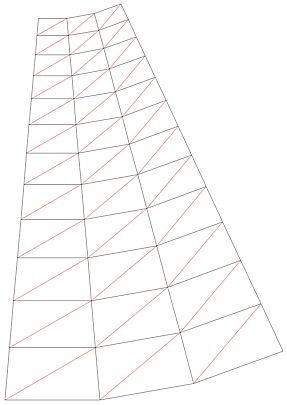 To experiment with whirlpools yourself, start by downloading this sketch. The “Sample Whirlpool” page of the Sketchpad model displays the crease pattern above along with directions for printing it. Once you’ve printed the whirlpool pattern, cut it out. The final few minutes of the video below provide some pointers on folding the whirlpool.

If folding one whirlpool leaves you hungry for more, buy Fuse’s book and go to the template provided with the sketch. Pick one of her whirlpool designs and enter the angle measures that Fuse provides to create the crease pattern. Delete the extra rows and columns in the template—you won’t need them all—and you’ll be set. Get folding!